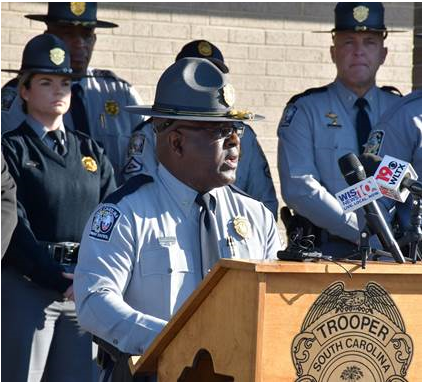 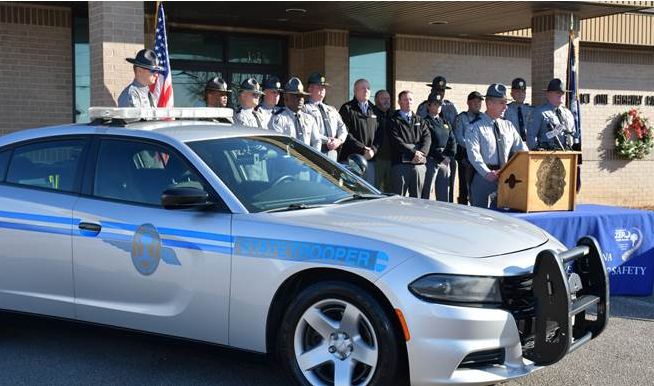 COLUMBIA- The South Carolina Department of Public Safety (SCDPS) and law enforcement partners held multiple news conferences today across the state to alert motorists that troopers and officers will be cracking down on impaired driving during the holiday season with the kickoff of the Sober or Slammer! Holiday campaign. The campaign will run from December 15th to New Year’s Day in coordination with the National Highway Traffic Safety Administration’s (NHTSA) Drive Sober or Get Pulled Over campaign with special enforcement beginning December 17th.

The National Highway Traffic Safety Administration (NHTSA) reported an estimated 20,160 people died nationwide in motor vehicle crashes in the first half of 2021 – up 18.4 percent over 2020. On a regional level, including our neighboring Southeastern states, fatalities were up 22 percent in the first half of the year. This rise in highway deaths represented the largest six-month increase ever recorded in NHTSA’s fatality reporting system. NHTSA also reported that speeding and failure to buckle up continue at higher levels than pre-pandemic. Crash Stats: Early Estimate of Motor Vehicle Traffic Fatalities for the First Half (January-June) of 2021 (dot.gov)

A sharp rise in South Carolina fatalities primarily occurred the first half of the year, and slowed during the second half of the year compared to 2020. On May 15th, the state was running 119 fatalities ahead of the same time in 2020; fatalities are currently 21 ahead of last year at this time with 1,049 this year compared to 1,028 last year, but highway safety officials caution that those numbers will likely rise. For historical perspective, South Carolina had 1,099 fatalities in 1972 – the highest number recorded in South Carolina. In 1972, vehicle miles traveled in the state was 19.5 million compared to 53.8 million in 2020. From 1998 to 2007, fatalities consistently topped 1,000 as they did during a stretch in the 1980s.

In South Carolina, the top three primary contributing factors in crashes in 2021, according to preliminary statistics, were driving too fast for conditions, driver under the influence, and failure to yield.

SCDPS Director Robert G. Woods, IV said he hopes that South Carolina motorists and those traveling through our state will notice the number of lives lost in 2021 and be motivated to practice safer driving habits during the holiday season and heading into the new year.

“While the holidays are a time of celebration for most, this season is also a painful time for the more than 1,000 families who have lost loved ones in motor vehicle collisions,” Woods said. “The losses are incalculable for those affected and should motivate all drivers in the state to make safe and defensive driving priority one in keeping their families safe.”

Prior to July 4th, SCDPS announced a new initiative to help slow the rising fatality numbers. The Highway Patrol unveiled new, unmarked Dodge Chargers to help intercept those dangerous and deadly driving behaviors. In addition, SCDPS began using specialized Area Coordinated Enforcement (ACE) teams, which are solely dedicated to fatality reduction. Since the ACE enforcement initiative began, these teams have conducted specialized enforcement in counties throughout the state; made more than 5,000 traffic stops, issued nearly 4,000 citations, including 2,185 speed citations, and made 141 DUI and drug arrests.

“While we are fortunate to have the safest vehicles in our nation’s history, we also have more distractions driven by technology,” said SCHP Col. Chris Williamson. “From texts to social media feeds, the inattention caused by motorists’ phones and other distractions can easily counteract the gains we have made in vehicle safety technology. Preventing highway collisions and deaths starts with paying attention and driving defensively.”

SCHP and local law enforcement agencies will conduct a series of public safety checkpoints throughout the state during the holiday period. The Drink. Drive. Die. messaging will air on radio, social media, YouTube, and television; along with placements on billboards throughout the state.

Below are a few steps to ensure a safe ride home: 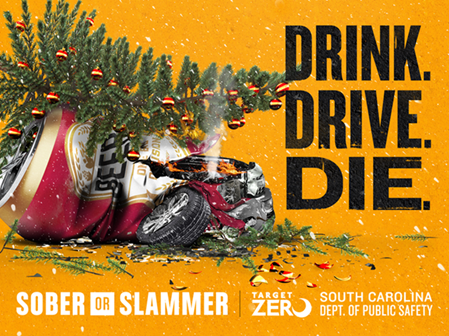